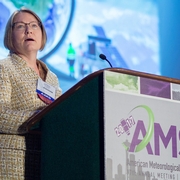 The 2018 Women in the Atmospheric Sciences Luncheon will focus on the importance of inclusion and diversity in atmospheric and computational science and related fields. The Luncheon will feature four panelists, including Dr. Valerie Taylor from Argonne National Laboratory, Dr. Patty Lopez from Intel Corporation, Ms. Tracy Hansen from NOAA’s Global Systems Division, and Ms. Jessica Mink from Smithsonian Astrophysical Observatory. All are encouraged to attend this luncheon. Lockheed Martin Corporation will provide a limited number of box lunches. For more information, contact the AMS Board on Women and Minorities (BWM) Chair Mona Behl (mbehl@uga.edu). RSVP is not required.

Dr. Valerie Taylor is the Director of the Mathematical and Computational Science (MCS) Division at Argonne National Laboratory. Prior to joining Argonne, she was the Senior Associate Dean of Academic Affairs in the College of Engineering and a Regents Professor and the Royce E. Wisenbaker Professor in the Department of Computer Science and Engineering at Texas A&M University. Prior to joining Texas A&M, Dr. Taylor was a member of the faculty in the EECS Department at Northwestern University for 11 years and held a guest appointment with the MCS Division. She has authored or co-authored over 100 papers in the area of high-performance computing. She is also the Executive Director of the Center for Minorities and People with Disabilities in IT (CMD-IT). Dr. Taylor is an IEEE Fellow and an ACM Fellow.

Dr. Patty Lopez is a Senior Platform Applications Engineer at Intel Corporation, working with customers to deliver Xeon server chip solutions that power high-end data centers and mission-critical applications. Prior to joining Intel in 2008, she spent 19 years as an Imaging Scientist for Hewlett Packard, creating and transferring technology in imaging into scanner, camera, and all-in-one products. She has released over 50 products and holds seven imaging patents. Dr. Lopez serves on the boards of the Computing Research Association-Women (CRA-W) and the Computing Alliance of Hispanic Serving Institutions (CAHSI). She received the Society of Women Engineer’s 2015 Advocating Women in Engineering Award and the Great Minds in STEM Community Service Award in 2010. A founding member of Latinas in Computing, Patty has filled many roles on the Grace Hopper Conference organizing committee, serving as the 2013 GHC General Co-Chair (Industry). Her volunteer efforts are focused on building the STEM pipeline for K−16 and beyond, and creating an inclusive organizational culture in the workplace.

Ms. Tracy Hansen is a Lead Software Engineer at NOAA’s Global Systems Division in Boulder, Colorado, creating the next generation of hazard warning software for National Weather Service forecasters. She received her Master’s degree in Computer Science in 1980, worked at Bell Labs, and did research in artificial intelligence before coming to NOAA in 1997. Tracy practices agile, customer-driven development to address the needs of over 120 weather service sites with diverse terrain and weather regimes. She has invented techniques for generating language from digital data as well as providing powerful frameworks that can be easily customized by the user. Her software has been used both nationally and internationally in Australia, Canada, Spain, and Taiwan. Her interest in diversity and inclusion has grown through her career. She now hopes to promote greater perception and awareness, personally and in the community.

Ms. Jessica Mink is a positional astronomer and software developer at the Smithsonian Astrophysical Observatory. She has SB and SM degrees from MIT in comparative planetology at MIT, co-discovered the rings of Uranus while working at Cornell, then moved back to MIT, where her work contributed to the discovery of Neptune's rings and detection of the extent of Pluto's atmosphere. At SAO, she developed some key workstation and mapping software for a space shuttle telescope and data reduction and analysis data pipelines for ground-based spectrographs used to study everything from exoplanets to large-scale structures. Along the way, she wrote the widely used astronomical software packages WCSTools and RVSAO, parented a daughter, became a bicycle and open space activist, changed gender, acted, and sang. 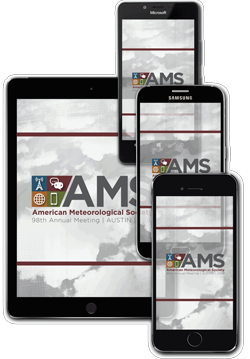