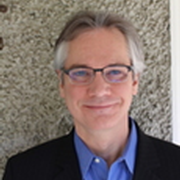 AAndrew Light is University Professor at George Mason University, and a Distinguished Senior Fellow in the Climate Program at the World Resources Institute. As an academic, he has worked for almost twenty years on the normative implications of environmental policy. As a policy expert and advocate, he works on the front lines of international climate and science policy. From 2013-2016 he served as Senior Adviser and India Counselor to the U.S. Special Envoy on Climate Change, and as a Staff Climate Adviser in the Secretary of State’s Office of Policy Planning in the U.S. Department of State. In this capacity he was Co-Chair of the U.S.-India Joint Working Group on Combating Climate Change, Chair of the Interagency Climate Working Group on the Sustainable Development Goals, and served on the senior strategy team for the UN climate negotiations. In recognition of this work, Andrew was awarded the inaugural Alain Locke Award for Public Philosophy, from the Society for the Advancement of American Philosophy in March 2016, and a Superior Honor Award, from the U.S. Department of State in July 2016, for "contributions to the U.S. effort that made the 21st Conference of the Parties to the UN Framework Convention on Climate Change in Paris, where the landmark Paris Agreement was concluded, a historic success."