What a way to start the 100th AMS Annual Meeting! Beginning with the Presidential Forum, followed by the Annual Meeting Welcome, Annual Review and Awards Ceremony, and finally a Welcome Reception where you can meet up with friends, grab a snack, and catch fresh ideas by viewing the Student Conference Posters.  Don’t miss this very special set of events on Sunday.

All are encouraged to attend. Can't make it? Watch the event live below!

Also new to the annual meeting this year is Awardee Way, a photo gallery of the 2020 awardees and newly elected fellows, located near the skybridge to the Westin Waterfront in the convention center. Be sure to visit Awardee Way during the week to learn more about these outstanding leaders of the weather, water, and climate community. 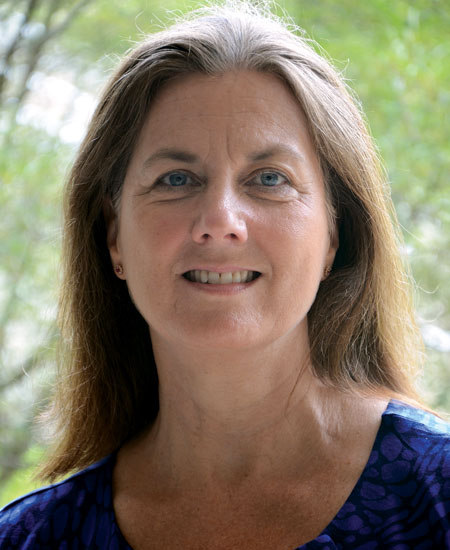 After the Presidential Forum, please join AMS President Jenni Evans for her review of major events from the past year. Each of the AMS Commissioners will give a brief report highlighting the key elements of the many programs and initiatives that are a success owing to the efforts of hundreds of volunteers in the Society. Mary Glackin will then present her goals and vision for her upcoming year as AMS President.

Join us as we introduce and honor the newly elected AMS Fellows and present awards.

McCarthy has been a leading advocate for common sense strategies to protect public health and the environment for more than 30 years. She served under President Barack Obama as the 13th Administrator of the EPA from 2013–2017. Her tenure as EPA Administrator heralded a paradigm shift in national environmental policy, expressly linking it with global public health. She led EPA initiatives that cut air pollution, protected water resources, reduced greenhouse gases, and strengthened chemical safety to better protect more Americans, especially the most vulnerable, from negative health impacts. McCarthy signed the Clean Power Plan, which set the first-ever national standards for reducing carbon emissions from existing power plants, underscoring the country’s commitment to domestic climate action and spurring international efforts that helped secure the Paris Climate Agreement. McCarthy worked with the United Nations and the World Health Organization on a variety of efforts and represented the U.S. on global initiatives to reduce high-risk sources of pollution.

A longtime public servant, McCarthy was previously Assistant Administrator for the EPA Office of Air and Radiation, Commissioner of the Connecticut Department of Environmental Protection, Deputy Secretary of the Massachusetts Office of Commonwealth Development, and Undersecretary of Policy for the Massachusetts Executive Office of Environmental Affairs. In the EPA Office of Air and Radiation, McCarthy strengthened collaborative efforts with public health agencies and organizations across the U.S. to identify and reduce threats to human health from harmful air pollution, including carbon pollution that fuels climate change, by updating health and technology based emissions standards, establishing greenhouse gas standards for cars and trucks, promoting energy efficiency and alternative fuels, and mitigating harmful exposures to indoor air pollution. In Connecticut, she was instrumental in developing the Regional Greenhouse Gas Initiative, a multistate effort to reduce emissions contributing to global warming, which has spurred economic growth, improved public health, decreased energy demand and helped mitigate electricity price increases across the region. During her career in Massachusetts, McCarthy advised five governors on environmental affairs, worked at the state and local levels on critical environmental issues, and helped coordinate policies on economic growth, energy, transportation, and the environment.

After the Obama Administration, McCarthy became a Senior Leadership Fellow at both the Harvard Kennedy School of Government and Harvard T.H. Chan School of Public Health. In addition to her work at Harvard, McCarthy serves on the boards of the Energy Foundation and CERES.

She holds a Master of Science in Environmental Health Engineering and Planning and Policy from Tufts University and a Bachelor of Arts in Social Anthropology from University of Massachusetts at Boston.