2019 Theme: "Understanding and Building Resilience to Extreme Events by Being Interdisciplinary, International, and Inclusive (III)"

Analyses by reinsurance companies have clearly shown the monotonically increasing cost of extreme events. There are a number of interrelated factors that have contributed to this increased vulnerability. For example, sea level rise combined with the migration of people to coastal regions exacerbates the impacts of hurricane/typhoon landfall and tsunamis, the interdependent nature of the energy grid with other infrastructure and our increasing reliance on technology would lead to a cascading negative effect if a major space weather event or other natural hazard were to occur, changes in climate have led to more frequent water extremes from flooding to drought conditions that significantly impact energy and food production, and the increasing number of wildfires has destroyed large regions of forests and buildings while also enhancing the risk of landslides and contributing to extreme air pollution events. Finally, urban-to-regional-scale air pollution episodes can be particularly hazardous under severe meteorological stagnation events.

The need for improving our fundamental understanding and prediction of extreme events in a changing climate is a high priority but it is also clear that these problems are inherently interdisciplinary and require approaches that support what has been described as convergence. A recent National Academy of Sciences, Engineering, and Medicine report referred to convergence as relying “on forming a web of partnerships to support boundary-crossing research and to translate advances into new products.” Social scientists and other stakeholders must be included in the conversation from the start in order to understand each other’s “language” before creating a set of shared goals.

Increasing understanding and building resilience to extreme events are international imperatives. Collaborating with other countries brings the collective expertise of the science and engineering communities from around the world to tackle some of the most important and shared problems facing society (see list above).

Increasing diversity is a national imperative. Research by psychologists, sociologists, economists, and demographers has shown that diverse groups are more innovative than homogeneous groups and are better at solving complex problems. In addition lower income, underrepresented groups often suffer the most during an extreme event such as a heat wave, flooding (especially in urban regions), tornadoes moving through regions dominated by the presence of mobile homes, or rapidly eroding coastlines forcing mass migration, which is a situation currently impacting the indigenous people of Alaska.

Observational and modeling studies related to improving both our understanding of the fundamental processes that lead to extreme events and predictability are encouraged.The impact of a changing climate on extreme events will be highlighted. There will be sessions that provide illustrative examples of successful convergent research from multiple disciplines and approaches to obtain funding for interdisciplinary work. Efforts to build resilience, improve communication, provide decision support for extreme events, and work closely with municipal city managers and emergency responders will be highlighted.  International partnerships that address research and applications on extreme events and efforts to increase diversity in the weather enterprise, including training the next generation of scientists and engineers, are major thrusts under this theme. 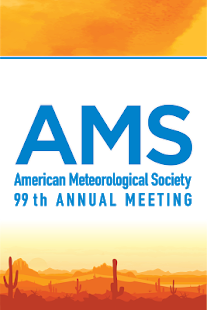