Movie Viewing - "Ozone Hole: How We Saved the Planet" 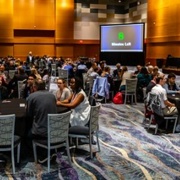 The Middle Atmosphere Symposium will be holding a screening of the PBS documentary “Ozone Hole: How We Saved the Planet”.

In the 1980s, the planet was in grave danger, not from global warming but from a giant hole in the ozone layer, an atmospheric layer that absorbs most of the sun’s harmful ultraviolet light. The cause? Scientists concluded it was seemingly benign industrial chemicals called CFCs that were used in everyday products from hairspray to deodorant. If continued unchecked, the world faced a perilous future — one in which humans would be forced to hide from daylight due to the harmful unfiltered UV radiation, and one where agriculture and entire ecosystems would collapse. OZONE HOLE: HOW WE SAVED THE PLANET tells the incredible true story of how scientists, world leaders and two of the most unlikely eco-warriors — Ronald Reagan and Margaret Thatcher —  successfully worked together to prevent an environmental catastrophe. The result was a history-changing treaty that just may have saved the world.

Complimentary snacks and beverages will be available.