NSF Strategy Into the Future 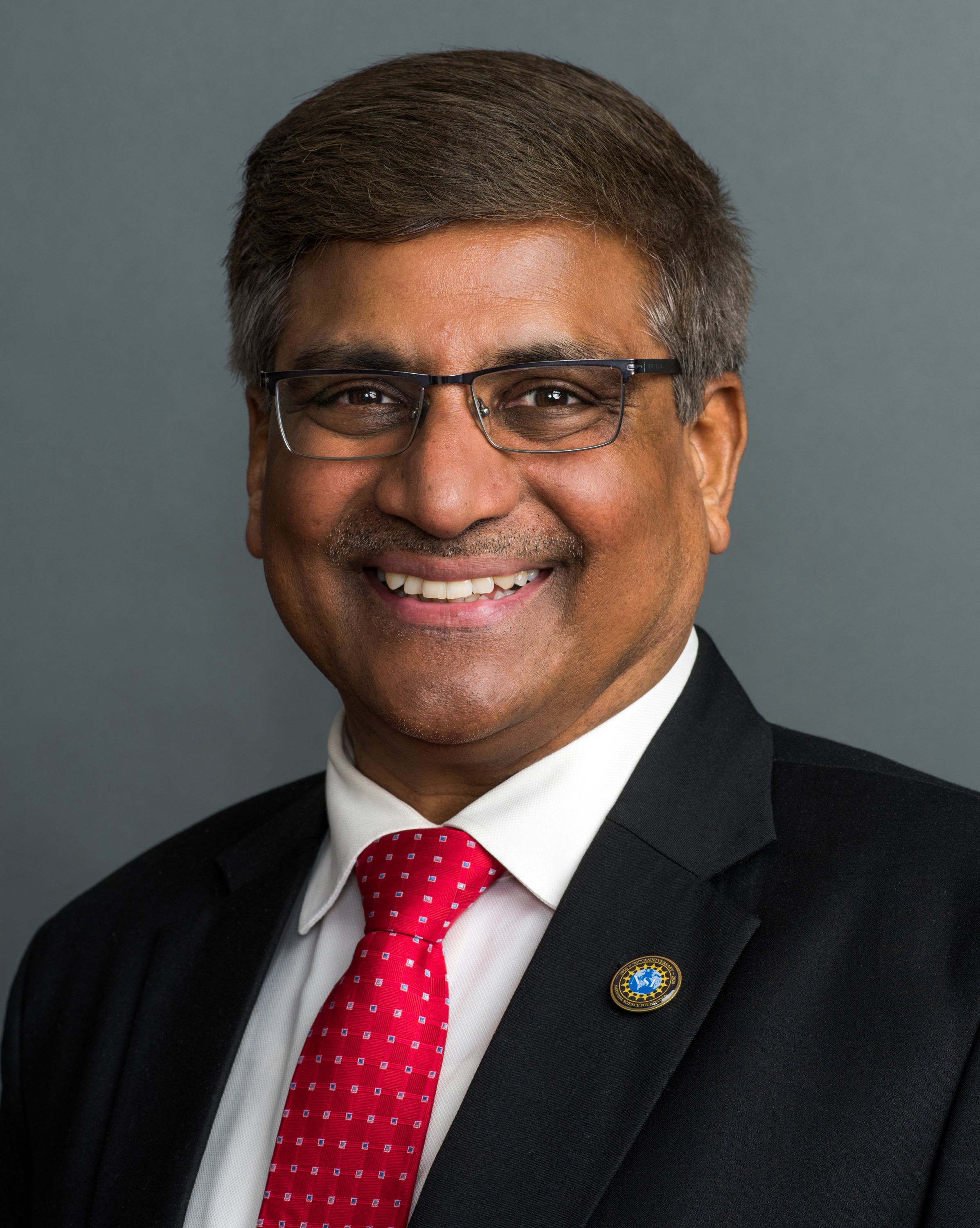 The Honorable Sethuraman "Panch" Panchanathan is a computer scientist and engineer and the 15th director of the U.S. National Science Foundation (NSF). Panchanathan was nominated to this position by the President of the United States in 2019 and subsequently unanimously confirmed by the U.S. Senate on June 18, 2020. NSF is an $8.3B independent federal agency and the only government agency charged with advancing all fields of scientific discovery, technological innovation and STEM education.

Panchanathan is a leader in science, engineering and education with more than three decades of experience. He has a distinguished career in both higher education and government, where he has designed and built knowledge enterprises, which advance research innovation, strategic partnerships, entrepreneurship, global development and economic growth.

Panchanathan previously served as the executive vice president of the Arizona State University (ASU) Knowledge Enterprise, where he was also chief research and innovation officer. He was also the founder and director of the Center for Cognitive Ubiquitous Computing at ASU. Under his leadership, ASU increased research performance fivefold, earning recognition as the fastest growing and most innovative research university in the U.S.

Prior to joining NSF, Panchanathan served on the National Science Board as chair of the Committee on Strategy and as a member of the External Engagement and National Science and Engineering Policy committees. Additionally, he served on the National Advisory Council on Innovation and Entrepreneurship. He was chair of the Council on Research of the Association of Public and Land-grant Universities and co-chair of the Extreme Innovation Taskforce of the Global Federation of Competitiveness Councils. Arizona’s Governor appointed Panchanathan as senior advisor for science and technology in 2018. He was the editor-in-chief of the IEEE Multimedia Magazine and editor/associate editor of several international journals.

For his scientific contributions, Panchanathan has received numerous awards, such as Distinguished Alumnus Awards and the Governor’s Innovator of the Year for Academia Award for his development of information technology centric assistive and rehabilitative environments to assist individuals with visual impairments.

Panchanathan is a fellow of the National Academy of Inventors, where he also served as vice president for strategic initiatives. He is also a fellow of the American Association for the Advancement of Science, the Canadian Academy of Engineering, the Institute of Electrical and Electronics Engineers and the Society of Optical Engineering.

Panchanathan is married to Sarada "Soumya" Panchanathan, an academic pediatrician and informatician, who has taught medical students, pediatric residents and informatics fellows. They have two adult children, Amritha and Roshan.